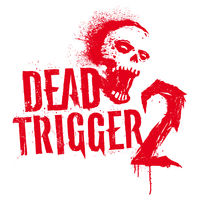 BEST MOBILE ZOMBIE SHOOTER EVER
* App Store – Best of 2013*
* 50 Million survivors from all over the world are now part of Global Zombie Warfare!*
* Join them and begin the mega fight for your life.*

‘Hours of fun in marathon sessions or short bursts.’ – Gamezebo
‘The gap between mobile and console gaming is shrinking substantially.’ – 148apps
‘The game is improving upon everything that made the first title great.’ – Arcade Sushi

Download Dead Trigger 2 for FREE and enter a dark world where humanity is engaged in the ultimate battle for survival in the face of a global Zombie apocalypse.

– Travel across 10 regions in different parts of the world.
– Explore 33 unique environments.
– Grab your favorite Zombie annihilator from 38 kinds of weapons.
– Go for the action in more than 600 gameplay scenarios.

TOURNAMENTS FOR REAL PRIZES
Get ready people, here they come. Join warriors from all around the world and fight in the Arena under custom gladiator rules every week. Become a legend in 3 unique Arenas, each featuring different environment and traps.

THE FINGER IS MIGHTIER THAN THE GUN
Choose between a touch control scheme created especially for casual players or an enhanced virtual joystick.
Do you prefer console gaming? Then go ahead, Dead Trigger 2 supports MOGA and other MFi game controllers on iPhone and iPod touch

REAL TIME STORY DEVELOPMENT
You are not alone. Take part in the Global Resistance, tune in to stay informed as the global gameplay develops, directly influenced by the participation of every single player. Enjoy different types of operations such as story or global missions and side-quests.

THE HIDEOUT
Explore your personal hide-out and meet the Gunsmith, Medic, Scientist, Smuggler and Engineer. These NPCs will help you unlock incredible weapons and gadgets. You can decorate your Hideout with many authentic decorations such as carpet, sofa, rubber duck, zombie aquarium, mounted zombie head trophies, zombie in a cage and many more…

ORIGINAL AND FUN GAMEPLAY
Forget easy-to-kill Zombies. Get ready for Kamikaze, Vomitron and other bosses – powerful Zombies with an inventive approach to your elimination. Also be sure to try out non-traditional melee weapons such as the Big Hammer, Boat Motor, Chainsaw or Katana. What’s our favorite? You gotta try the Boom Chickens, Rocket Chickens or special Sentry Chickens with mounted Machine-Gun. You’re gonna love them…

EASY TOURNAMENT VIDEO SHARING
Become an overnight star via Youtube – we’ve perfected the options for sharing videos of your super game performance as well as the possibilities for becoming recognized LPs. Just click on the “Share video on Everyplay” button after completing a mission, warfare or tournament