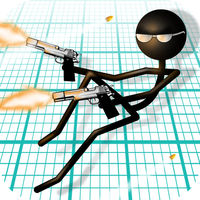 The unrivalled action and intensity of Gun Fu returns – in stickman form!

Blast through endless hordes of enemies in the fastest action game on the app store. Your reaction time will be put to the test as you blow away stickman baddies!

Unlock an arsenal of weaponry, each with their own leaderboards and achievements.

Climb the world rankings and become a true master of Gun Fu!

See what people have been saying about Gun Fu: Stickman Edition!

– Lightning fast gameplay unlike any other

Millions of people have been playing Gun Fu: Stickman Edition! Why haven’t you? Download it FREE today!